Don’t get caught up in the big data hype. It could be costly.

Since 1994 I have been reviewing the performance of client advertising campaigns – mostly direct response.  In 1994 campaigns utilizing direct response principles were typically direct mail, television (with a TFN only), print and radio. In those days, tracking performance was relatively easy, and WOM (word of mouth) attribution was simply part of the formula. Analyzing business growth, and the contributions to that growth, over distinct periods of time was simply part of the formula. Today, with web, text, social, search, phone, WOM to name a handful, it has made tracking the effectiveness of distinct media channels even more cumbersome.  What I always come back to, however, is the foundation of my direct response upbringing. The foundation is developing a method, agreeing on it with your client, and then executing a model built on baselines and collaboration. This is all regardless of the response mechanisms in which you are tracking. This is all just about the math. 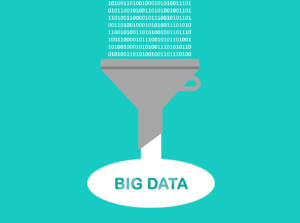 There are many companies that are charging clients hundreds of thousands of dollars to provide insights into the impact television has on their business, but it just isn’t necessary. The findings that direct response professionals have been providing for decades continues to hold true, and the good television experts don’t charge extra for it.

I often reference an experience I had reading a case study that was done by Google on a well know brand. The brand utilized the Google 360 platform to test the creative performance of a campaign. The case study video testimonial delivered a compelling message to viewers as to the test environment and the methodical nature in which Google set up its test. This was not something that was revolutionary for me, this was basic stuff. In fact, we have been doing this for our clients since I have been in the business – since the 90s. We have never charged our clients to simply do our job – which is run the most optimal media, at the best times with the best creative. We constantly challenge the controls and change strategies and measurement based on the trajectory of the business and what the data is telling us.

I know different people can interpret the same data in different ways. But, if everyone is aligned on the method, and all parties are interested in the truth, then the end analysis should always be the same.

At the end of it all, don’t get caught up in the hype. You don’t have to pay hundreds of thousands of dollars to find the truth in the data. The truth is already there – you simply need a partner, who is also interested in the truth, and has the expertise to help you find it.